Our “big oak” was a post oak that was about 150 years old. Macauley Properties wisely spared many trees in the neighborhood when our house was built in 1992. It was one of the trees that had sheltered the old home that had been on the property before the land was sold and developed into The Lakes of Enniskerry.

We have been keeping the tree maintained (pruning limbs, irrigating and fertilizing) for 28 years.  It has been under the care of a licensed arborist for ten years.

The tree declined with increasing age. Over the years the beautiful bend became very pronounced and three large decay areas in the trunk worsened.  With the loss of limbs, the old survivor began to appear rather sad. Even worse, it became a potential threat to our property.

Mary, our sons, and I came to the realization that the old friend and landmark in our neighborhood would have to be cut down.

Our HOA and the City of Milton arborist reviewed the permit requests and did inspections prior to approving the tree removal. We were very pleased that the city takes its tree protection very seriously.

The images below are of the tree and of the removal October 1, 2020. 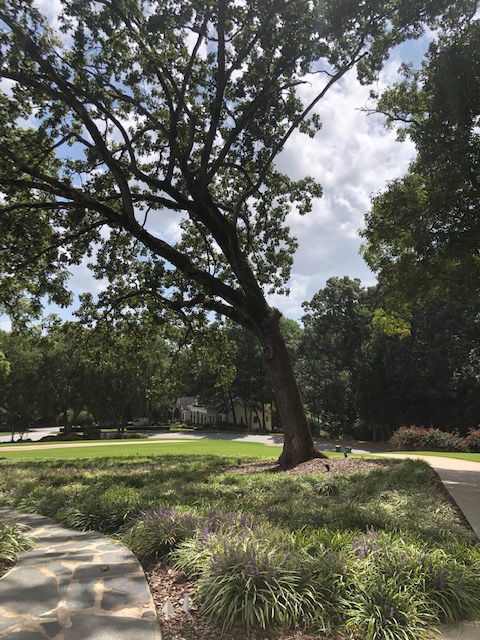 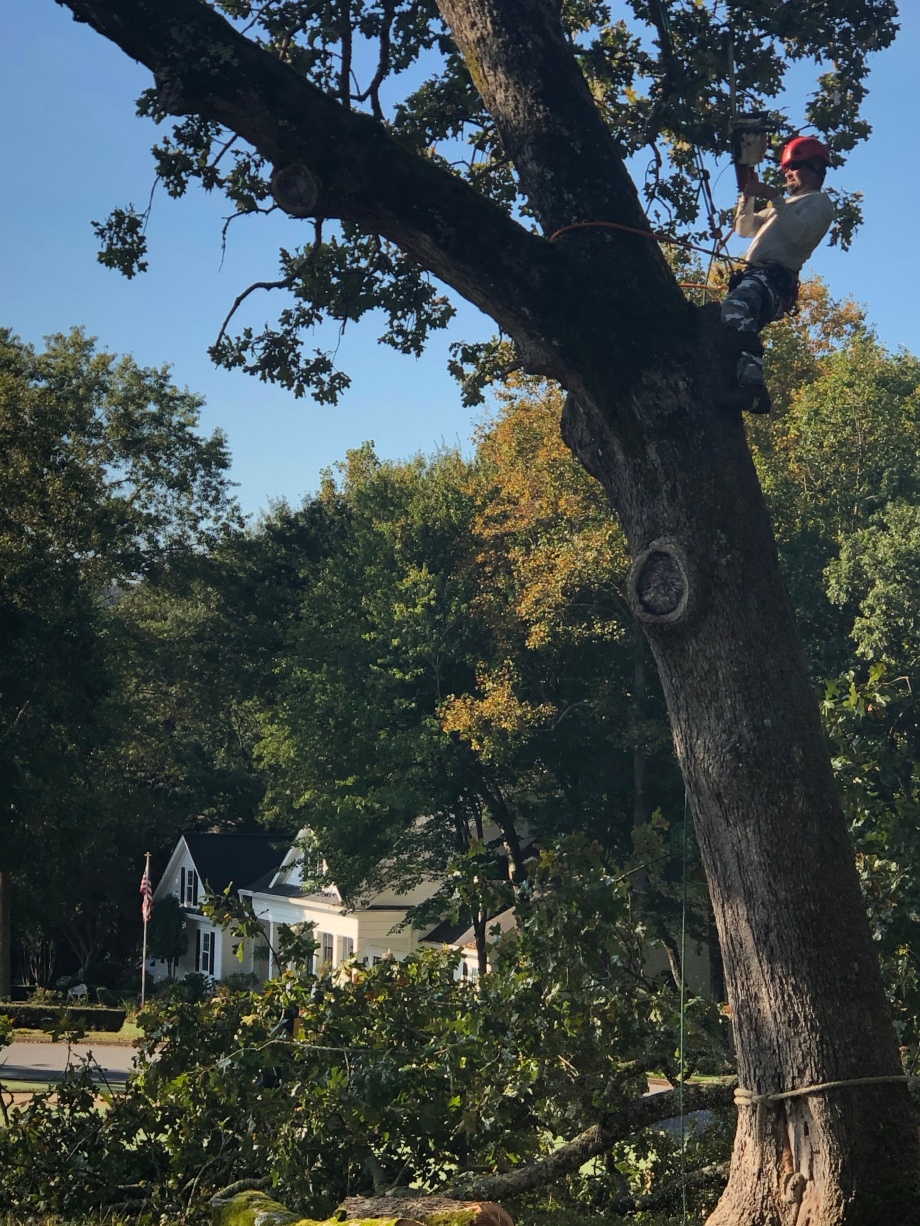 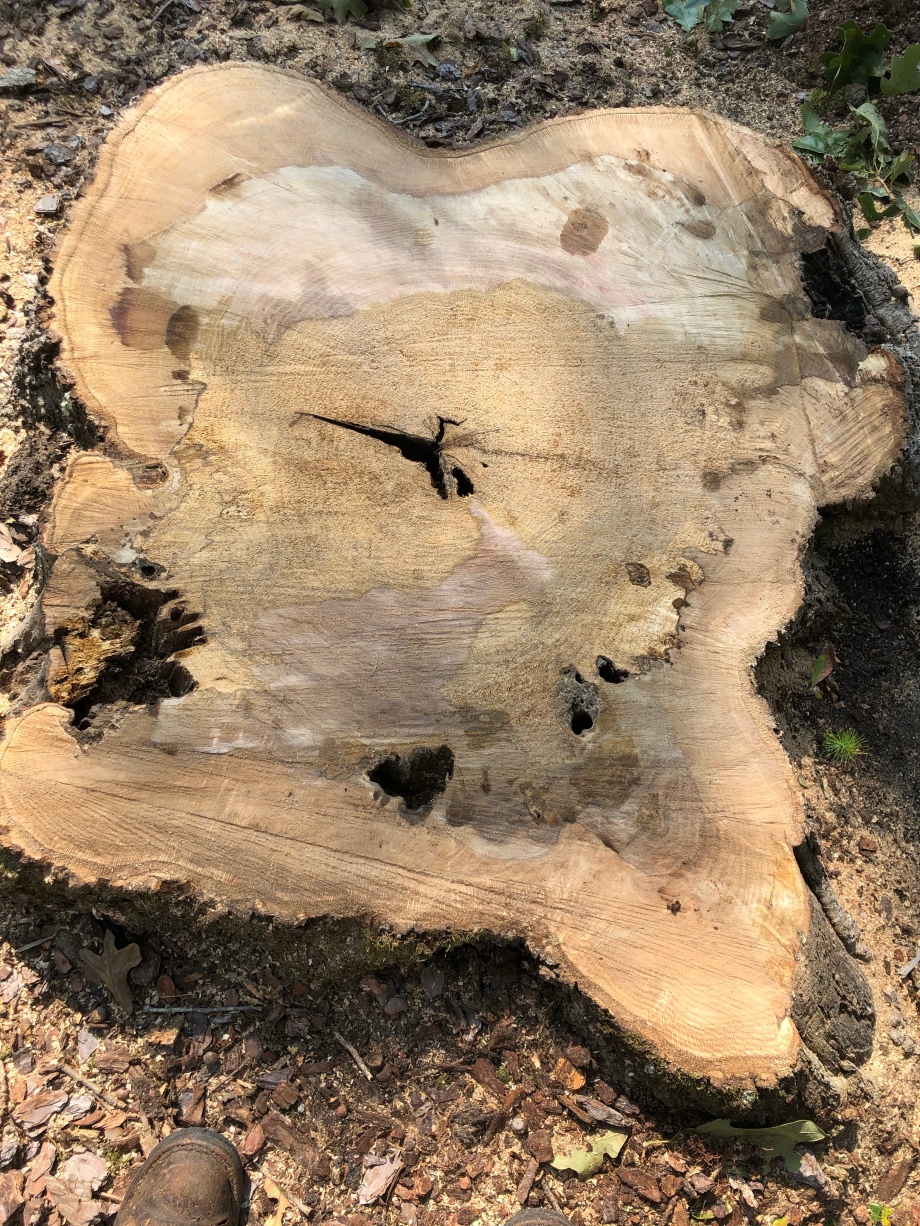 Note the boot of the tree cutter in the lower left of the image for perspective.