I have tracked the original Pre-Civil War George Washington Collier Store and Post Office which was one of the first businesses located in Five Points at 23 Peachtree Street.

The grocery and post office were burned in the destruction of Atlanta. Collier rebuilt in 1866 on the same site, eventually building The Collier Building on the site. For several years, the corner was famous for a drug store and tobacconist at the location known as Silverman’s Corner in Five Points. Wash Collier had also built one of the finest hotels in Atlanta, The Aragon Hotel, in 1896.

I have included a vintage postcard of the hotel. The latest building on the site of Collier’s Store is the Olympic Building. This site is very familiar to Atlantans and visitors as the site of the huge neon Coca-Cola sign in downtown Atlanta. I have included a photograph of the location. This is the site of the largest New Years’ Eve Celebration in the Southeast since 1989, when the Peach Drop was created. Along with music, celebrations and festivities the site of Pioneer Wash Collier’s old grocery store and post office is Atlanta Central on New Year’s Eve. Collier’s rebuilding efforts in 1866 and his new construction efforts around the Five Points area created a newly minted Atlanta Millionnaire. He still owned 700 acres of land lots including the 104 home place. This land would not be sold until the 1940s as Sherwood Forest became an upscale residential neighborhood. The expressway systems were being planned and surveyed. The interstate would separate the land holdings of Andrew Collier up Peachtree on the west side of the interstate planned cuts. Collier Woods subdivision and Anjaco Road pay homage to Andrew Collier’s developed property.

My great-great grandmother, Elizabeth Collier Liddell, sister of George Washington Collier, lived in their father Meredith Collier’s house built in 1822 in land lot 104 adjacent to Ansley Park. Father Meredith Collier, who had become a member of the State Legislature, died in 1863, and was buried on the grounds of land lot 104. Mother Elizabeth joined the family plot a little later. The Meredith Collier estate left land to the male heirs and it left property in the form of slaves and chattel to the female heirs. She soon married and went to live on the Thomas Haney Liddell Plantation near the present intersection of Steve Reynolds Boulevard and I-85 and Beaver Ruin Creek. Her father’s house was virtually destroyed in the Atlanta Campaign, but was rebuilt in 1866 by George Washington Collier. He occupied the house until his death in 1903. The graves of Meredith and Elizabeth Collier were exhumed and reinterred at the newly opened West View Cemetery.

The house stayed in the family until a prominent architect restored it in the late 1952-53. The Jimmy Bentleys purchased the home in 1958 from Julian Barfield who had been sold the estate by the widow of the late restoration architect, Kennon Perry. Jimmy Bentley worked in the Governor’s Office and was a leader in the Republican Party, eventually becoming Comptroller General for the State of Georgia. Wash Collier’s old house became the site of legislative barbecues for state politicos.

The home is on its original knoll in the middle of Sherwood Forest on Lady Marian Lane, an early housing development in Atlanta. It exhibits survivals in silIs and reused hearths and chimneys and other recycled house parts. Descendants of black walnut trees planted by Meredith Collier’s sons still live near the smokehouse. It is said that on really hot Atlanta days the hams and bacon still perfume the old smokehouse. I have included a photograph of the stair hall in the restored Collier-Bentley House. I have included another view of The Collier Bentley House on its knoll on Land Lot 104 in Sherwood Forest today. There is a photograph of the rebuilt smokehouse, as well. 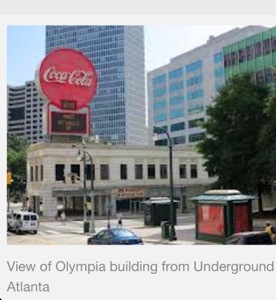 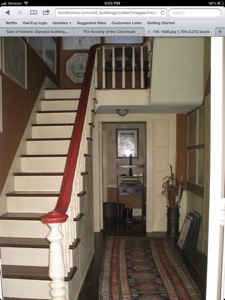 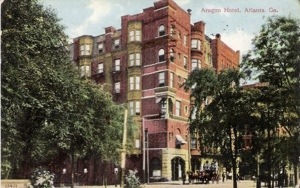 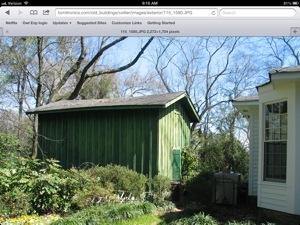 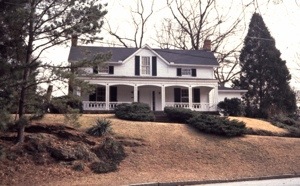